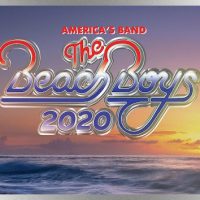 Courtesy of The Beach BoysAs The Beach Boys wrap up their 2019 tour itinerary in the coming week with four shows in their home state of California, and the legendary surf-rock band also has also been lining up a variety of 2020 concerts.

The group just announced 16 new U.S. dates, spanning from a March 25 concert in Rutland, Vermont, through an April 28 show in San Antonio, Texas. Tickets for most of these performances will go on sale this Friday, December 6.

The Beach Boys also have dozens of other concerts scheduled for next year, including a February 8-9 stand at Nashville’s famous Ryman Auditorium and a July 2-4 engagement at the Hollywood Bowl in Los Angeles. The latter shows will feature the band accompanied by the Los Angeles Philharmonic and will include a fireworks display in celebration of Independence Day.

You can check out a full list of upcoming Beach Boys shows at the group’s official website and at MikeLove.com.