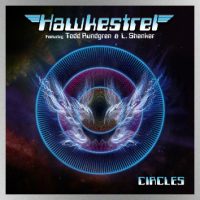 You can check out a video for the track at Cleopatra Records’ official YouTube channel. The clip was directed by filmmaker Jared Cohn and features footage from his 2017 modern-day fantasy flick King Arthur and the Knights of the Round Table.

Hawkestrel is led by former Hawkwind bassist Alan Davey. The group’s first album, The Future Is Us, was released this past August, and features appearances by a variety of Hawkwind alums, including Ginger Baker, Lemmy Kilmister, Nik Turner and Huw Lloyd-Langton, as well as guest vocals by William Shatner.

The “Circles” cover will be featured on Hawkestrel’s second album, which Davey tells Billboard is “about 70 percent done” and will be released sometime next year.

“When I heard [‘Circles’] it reminded me of a piece of music I wrote in ’85 called ‘Cosmic Doll’ — before Post Malone was even born, which made me feel old,” Davey explains to Billboard. “I started playing it in the house and started to hear, ‘Oh, I can do this with it and that with it…’ Before I knew it I was recording it.”

Davey reports that his group’s next album also will feature Baker, who died in October, as well as contributions from Vanilla Fudge drummer Carmine Appice, ex-Rolling Stones guitarist Mick Taylor, Arthur Brown of The Crazy World of Arthur Brown and Shatner.