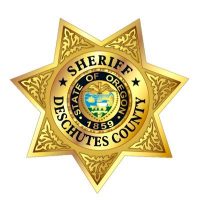 On Friday, November 29, 2019, the Deschutes County Sheriff’s Office released a statement regarding a deputy-involved shooting that involved at least one of their deputies in the area of Robal Lane and Hunnell Road, at the north end of Bend.  The shooting occurred at 6:08 pm.  This statement provides further details and updates the public on the status of the investigation.

Shortly after the shooting, the Tri-County Major Incident Team was deployed to the scene and the Bend Police Department was assigned as the lead agency.  District Attorney John Hummel and Sheriff Shane Nelson responded to the scene shortly after the incident.  Also responding to the scene were members of the Oregon State Police Forensic Laboratory who processed the on-site evidence.

The male who was shot is Adam L Gilliam, a 28-year-old resident who is currently houseless and was raised in John Day, Oregon.  Gilliam was transported to St. Charles Medical Center in Bend where he remains admitted.  He is expected to survive.

This incident started with a call to law enforcement from the Shepherd’s House on NE Division Street in Bend.  The caller reported that Mr. Gilliam had stolen a car belonging to the Shepherd’s House.  Deschutes County Sheriff’s deputies spotted the car shortly after the call and attempted to stop it.  They initiated overhead lights and sirens, but Mr. Gilliam did not stop. The deputies continued to follow the car to NW Robel road near the PetSmart store.

As Mr. Gilliam approached the rear of the PetSmart store on NW Robel road, a pursuing deputy requested supervisor approval to conduct a pursuit intervention technique (PIT maneuver).  A PIT maneuver is a technique law enforcement officers are trained in and involves a pursuing car striking a fleeing car, forcing the fleeing car to turn sideways abruptly, causing the driver to lose control and stop.  Supervisor approval was provided for the PIT maneuver, the maneuver was initiated, and Mr. Gilliam’s car was stopped.

Mr. Gilliam was shot after the PIT maneuver was successfully initiated.  The details of how he was shot, such as: whether he was in or out of the car; whether any officers were out of their cars; how many shots were fired; why the deputy or deputies who fired chose to fire; are all part of the on-going investigation and will not be released at this time.

“Fortunately, Adam Gilliam is expected to survive and we can all be thankful for that.  A law enforcement officer’s decision whether to discharge a weapon is the most serious and consequential decision they have to make.  When they decide to shoot, the public rightfully asks why, and whether the decision was appropriate and legal. My job is to answer these questions, and I will.  I expect this investigation to be completed relatively soon and at that time I’ll release to the public my legal conclusion and the factual basis for it.”