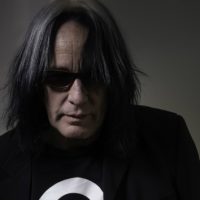 Credit: Lynn GoldsmithTodd Rundgren currently is on the road with the star-studded “It Was Fifty Years Ago Today” tribute tour to The Beatles‘ “White Album,” but the lauded singer/songwriter has a variety of interesting music projects on the horizon.

Rundgren tells ABC Audio that among the projects “is a new original work” he says is like an opera or an operetta that will premiere in Amsterdam in November 2020.

“It’s a collaboration between me and [prog-rock guitarist, keyboardist and composer] Mike Keneally, and it’s…kind of based on a story line, so it’s got an arc to it and a plot.”

“The last one worked out really well for everyone involved, so figured why mess with success for a change,” Rundgren notes. Earlier this year, Todd told ABC Audio among the artists who may be featured on the upcoming record are Weezer‘s Rivers Cuomo, Crowded House frontman and Fleetwood Mac touring member Neil Finn and The Roots.

Meanwhile, Rundgren has been contributing to various other albums too. He plays guitar on a track on actor/singer David Hasselhoff‘s new record, Open Your Eyes, and reveals that he also lent his guitar talents to an upcoming solo project by ex-Yes singer Jon Anderson.

In addition, Todd says, “I did the lead vocal on a version of [King Crimson‘s] ’21st Century Schizoid Man,’ which is on a [forthcoming] Greg Lake tribute album.”

The “It Was Fifty Years Ago Today” tour is plotted out through a December 15 show in Jackson, California.