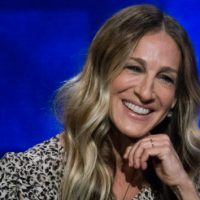 ABC/Heidi Gutman(NEW YORK) — Real-life married couple Matthew Broderick and Sarah Jessica Parker will reunite — on Broadway, that is — for the first time in 24 years, in a revival of Neil Simon’s Plaza Suite.

The pair haven’t hit the boards on the Great White Way together since 1995’s How to Succeed in Business Without Really Trying — and Parker is psyched.

“A classic American comedy A legendary playwright An actor whom I get to love onstage and off 2 actors, 6 roles,” she posted to Instagram, along with a black and white photo of herself and Broderick. “Neil Simon’s comedy about love, marriage, children and all the absurdity and heartbreak that can happen in room 719.”

She added, “I feel I’ve waited a lifetime.”

Broderick won a Tony Award for his performance in Neil Simon’s Brighton Beach Memoirs; he also appeared in Simon’s Biloxi Blues and in a Broadway revival of Simon’s The Odd Couple, opposite Nathan Lane.