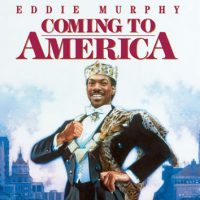 TM & COPYRIGHT © 1988 BY PARAMOUNT PICTURES. ALL RIGHTS RESERVED.(LOS ANGELES) — It’s safe to say it’s going to be a star-studded family reunion in Zamunda.

Variety has learned that Vanessa Bell Calloway is officially on board to reprise her role as Imani Izzi, the former betrothed of Eddie Murphy’s Prince Akeem, in the upcoming sequel Coming 2 America. She joins Murphy, Arsenio Hall, James Earl Jones, Shari Headley, and Paul Bates, who are all set to reprise their roles in the sequel.

The original 1988 film Coming to America starred Murphy as Akeem Joffer, crown prince of the fictional African nation of Zamunda. In an effort to find a wife, Akeem, along with his trusty assistant Semmi, played by Hall, decide to travel to Queens, NY.

In the sequel, Akeem learns about a long-lost son and must return to America to meet the “unlikely heir to the throne of Zamunda.”

Hustle & Flow director Craig Brewer has signed on to direct the project, which Murphy’s also producing. The two recently worked together on the Netflix comedy Dolemite Is My Name, which follows the story of real-life comedian Rudy Ray Moore.