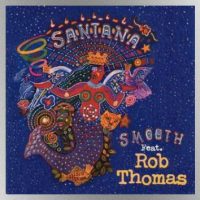 Arista/Sony Music EntertainmentTwo years ago, St. Louis musician Matt F Basler decided it’d be funny to play “Smooth,” the 1999 blockbuster hit by Santana and Matchbox Twenty singer Rob Thomas, 10 times in a row in a local club. The event was a huge success, which has prompted Basler to up the ante: This weekend, he’s planning to play the song 20 times in a row.

According to The Riverfront Times, Basler and a group of local musicians will take over the Off Broadway club this Saturday, June 15, to perform the #1 Grammy-winning hit 20 times, in honor of the song’s 20th anniversary.  In fact, the performance will take place 20 years to the day that Santana released the album Supernatural, which featured “Smooth” among its tracks.

“I think everybody could do 10, right? Everybody can do it 10 times,” Basler tells the paper. “It’s time to truly test the limits that people can accept for number of ‘Smooth’s.”

He adds, “I think it’s important that we learn our ‘Smooth’ tolerance level.”

When Basler played “Smooth” 10 times two years ago, not only did he nearly sell out the Off Broadway club, but the final “Smooth” count was actually 12, because the audience demanded several encores.

“I think it was a really wonderful evening of everybody being a part of a fun, silly joke,” Basler recalls. “There were people requesting ‘Smooth’ between ‘Smooth’s. Everybody was playing along; everybody there really got it and was a part of it…It’d be cool if we can do that again.”

This time, in addition to the performance, there will be t-shirts for sale with all the “Smooth” lyrics, as well as spiked smoothies — and a local artist will draw caricatures of you with either Thomas or Carlos Santana.