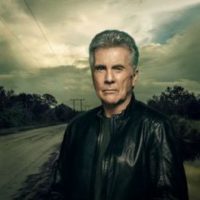 John and Callahan Walsh team up to bring down fugitives and find missing children with the help of viewers. Each episode of In Pursuit spotlights two unsolved crimes and will also feature two missing children, with age-progression photos and descriptions.

“Getting justice is part of that recovery process,” says John, who’s first son Adam was kidnapped and killed in 1981. “Getting to know that that person who did horrible things to your family is paying for it is part of putting it behind you. There’s no closure. I will always be the heartbroken father of a murdered child. But when you find out who did it, it ends that chapter of your life.”

For Callahan, following in his father’s footsteps — in both his TV work and his role at the National Center for Missing & Exploited Children — was a no-brainer. He calls his dad his “role model.”

“To work with my father is a blessing,” he says. “…I just really look forward to this season, going out there and helping my father catch some of these bad guys and putting them away.”

Father and son both admit their line of work isn’t easy, but each solved case or recovered missing child makes it worthwhile. In particular, Callahan calls the recent Jayme Closs case, in which a 13-year-old Wisconsin girl was found safe 88 days after a violent kidnapping, a “great example of why we never give up hope.”

In Pursuit with John Walsh premieres tonight at 10 p.m. ET on Investigation Discovery.