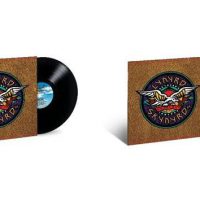 The 10-track collection is the Southern rock legends’ best-selling album to date, having sold more than five million copies in the U.S. alone. Among the classic tunes from the group’s 1970s heyday featured on the record: “Sweet Home Alabama,” “Gimme Three Steps,” “What’s Your Name,” “Saturday Night Special,” “Don’t Ask Me No Questions,” “That Smell” and “Free Bird.”

The version of “Free Bird” featured on Skynyrd’s Innyrds features an extended, unfaded ending that doesn’t appear on the originally released version from the band’s 1973 debut album, (Pronounced ‘Leh-‘nerd ‘Skin-‘nerd).

The current Skynyrd lineup continues its Last of the Street Survivors Farewell Tour with a show this Friday, December 7, in Baton Rouge, Louisiana. The trek is currently scheduled to run through a 2019 European trek that winds down at the end of June.