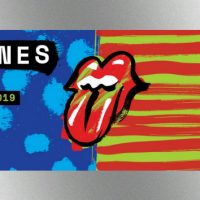 Courtesy of The Rolling Stones

Rolling Stones fans in the U.S. will have plenty to be satisfied about in 2019, because, as expected, the British rock legends have announced plans for a 2019 stateside tour.

The band has confirmed 13 dates on so far for the latest leg of its No Filter trek, which kicks off April 13 at Hard Rock Stadium in Miami Gardens, Florida, and is mapped out through a June 21 concert at Chicago’s Soldier Field.

Other locations that the band will visit in 2019 include Jacksonville, Florida; Houston; Glendale, Arizona; Santa Clara, California; Seattle; Denver; Washington, D.C.; and the suburbs of Los Angeles, Boston and New York City.

The Stones teased the upcoming shows in recent weeks by having their lips-and tongue logo appear on billboards, scoreboards, banners and stickers at or near many of the venues where they will be playing next year.

“It’s a thrill when we play stadiums in the States,” frontman Mick Jagger says in a statement. “The energy is always amazing!”

The Rolling Stones’ most recent trek was this year’s No Filter Tour of Europe, which ran from May until July. The last time they toured the U.S. and Canada was in 2015, but they played a few stateside shows in October 2016.

Here are all of The Stones’ confirmed 2019 tour dates: