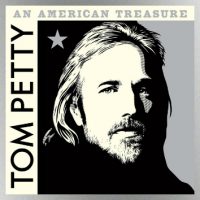 RepriseThe Tom Petty box set An American Treasure was released on Friday, and now a new video for one of the expansive collection’s 60 tracks, “Gainesville,” has premiered on the late Rock & Roll Hall of Famer’s official YouTube channel.

The song is an homage to Tom’s Florida hometown, and is a previously unreleased track recorded during sessions for the 1999 Tom Petty and the Heartbreakers album Echo.

The video, directed by respected rock photographer Brantley Gutierrez, features clips of Petty from home movies and live performances from throughout his life, including footage from some of Tom’s early concerts. It also boasts new footage of some of the sites in and around Gainesville, including murals dedicated to Tom.

The collection currently is available as a four-CD set, in digital formats, and as an abridged two-CD version. A six-LP vinyl edition will be issued on November 23.