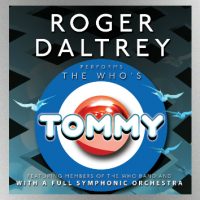 Courtesy of Roger DaltreyTonight in Bethel, New York, and during the next month in nine other U.S. cities, Who fans will get to see and hear Roger Daltrey perform the band’s 1969 rock opera Tommy live with accompaniment from an orchestra.

The tour, appropriately dubbed Roger Daltrey Performs The Who’s Tommy, runs through a July 8 show in Cuyahoga Falls, Ohio, and features the legendary singer backed by members of The Who’s touring band, as well as by a different orchestra at each venue along the way.

“It’s a long time since I did something with an orchestra,” Daltrey tells ABC Radio. “It’s always a challenge, but I love Tommy…It’s a great piece of work.”

Roger says that as far as he’s concerned, Tommy can stand alongside any traditional classic opera.

“I’ve sat through a lot of operas of the classical type [over the years], the grand operas. And I’ve come to the conclusion that Tommy is the best opera ever written,” he declares with a chuckle. “Certainly lyrically.”

Daltrey tells ABC Radio that he finds it exciting to be playing with different orchestras at the various venues, though he admits it can be challenging, since he gets “very limited rehearsal” with them prior to each concert.

As for how he’ll approach performing Tommy this time around, Roger explains, “We’re gonna do it as it was written…as I did when I toured it in 2011-12. I played it note for note as it’s written, as though it was…a classical piece.”

After the orchestral tour, Daltrey has five additional U.S. shows at which he’ll play a mix of classic Who songs, lesser-known gems by the band and selections from his solo career.

Here are all of Roger’s upcoming solo dates: