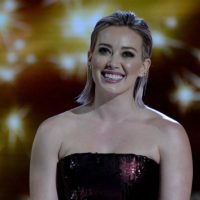 ABC/Eric McCandless(NEW YORK) — After Hilary Duff, star of the TV series Younger, took to social media on Wednesday to call out a chain-smoking neighbor, Dieter Addison, her rep told ABC News that the actress’ outburst has been a long time coming.

“Hilary and her young son have been subjected to excessive secondhand smoke, late-night noise, garbage in the hallways, and an overall hazardous living environment from this man for months now,” the representative said.  “She tried numerous times in polite ways to handle this situation, including countless sessions with the landlords of the building. As every mother knows, protecting your kid has to come first and foremost and that is her primary goal. She reached a breaking point after a 15 hour work day and yet another sleepless night.”

Wednesday, Duff reportedly trashed Addison to her 9.2 million Instagram followers, claiming that his parents pay his rent and he’s “never worked a day in [his] life.”

In an interview with The New York Post, Addison admitted he’s a chain smoker but claims he doesn’t smoke marijuana. He added that he hired an attorney after he began receiving “hate mail and threats” from Duff’s fans, and is “scared for his life.”

Addison further claims he called the police on Duff’s boyfriend, Matthew Koma, Wednesday after Koma allegedly “barged in and tried to punch me in the face.”

A NYPD spokesperson told ABC News only that police responded to a 911 call for a dispute inside a residence. Upon arrival, authorities were told by a 26-year-old victim that he’d had a dispute with another male at the location. No injuries were visible, and police took a report for harassment.

Duff’s rep told People magazine “there was no altercation whatsoever,” adding, “Koma went over today and asked politely yet again for [Addison] to take his smoking outside so as not to impact others.”